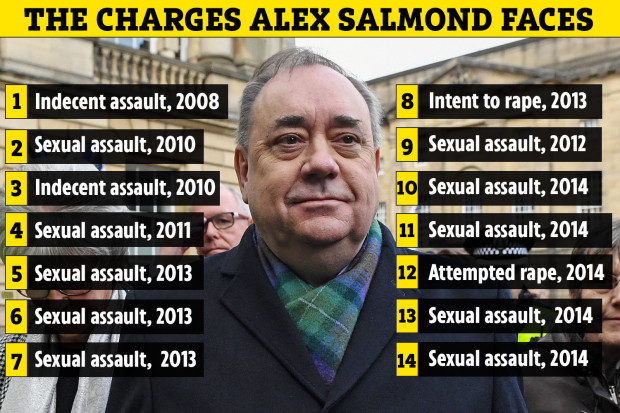 The BBC and Sun newspaper lay out the details and the background to the 14 charges of sexual assault faced by Alex Salmond, the former First Minister of Scotland. 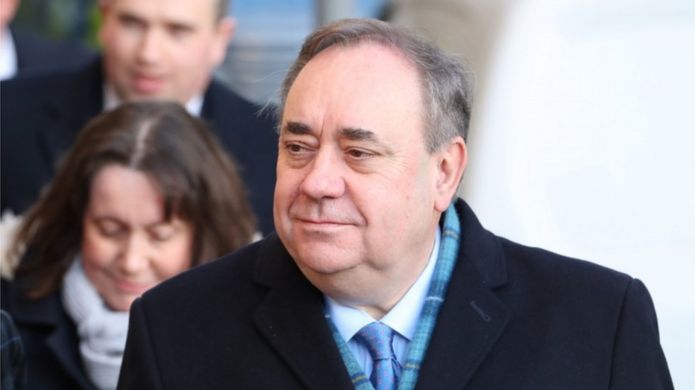 A former Scottish government official has accused Alex Salmond of "pouncing" on her and taking her clothes off in his official residence while he was the country's first minister.

The woman told a court that the former SNP leader ignored her pleas to stop and pushed her onto a bed before lying naked on top of her.

Mr Salmond denies carrying out a total of 14 sexual assaults on 10 women.

He has lodged special defences of consent to four of the allegations.

Mr Salmond has also lodged a special defence of alibi to a fifth charge.

It is alleged that the offences were committed at various locations across Scotland, including the first minister's official Bute House residence in Edinburgh.
Warning: Some graphic content

The woman, known as Woman H, was the first witness to give evidence when the trial started before judge Lady Dorrian and a jury of 15 members of the public at the High Court in Edinburgh.

The witness described herself as a "soft supporter" of independence and said that the period leading up to the referendum in September 2014 had been "extremely stressful".

She said she had been working at Bute House one night in June of that year when Mr Salmond had been hosting a celebrity to see how he could "facilitate other people in his peer group" to also support independence. 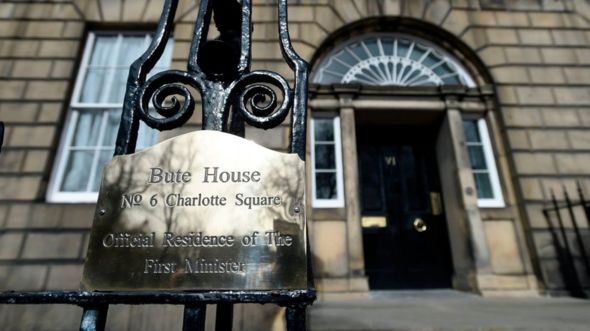 She said she was later left alone with Mr Salmond and wanted to speak to him about an incident the previous month when she alleges that he "groped" her.

She said she was wearing a skirt and Mr Salmond sat next to her on a sofa before pulling her legs over his before starting to try and kiss her and touch her upper body.

The witness said she tried to get up and make for the door, but Mr Salmond put his arm out and leaned over her, effectively pinning her against a wall, while touching her breast and continuing to attempt to kiss her while she was trying to "wrestle" out of it.

The woman said she managed to get away and went upstairs to get her belongings so she could leave, but Mr Salmond followed her and again blocked her against a wall.

She said she now wishes she had "screamed or kicked him in the nuts", but had been "frozen" with fear and humiliation.
What to expect during the Alex Salmond trial

She claimed he then "pounced" on her and started removing both his clothes and hers, before pushing her "not violently but assertively" onto a bed and getting on top of her while he was naked.

She told the court: "I felt like I was being hunted. I remember feeling him on top of me, his private parts on top of mine, and I was thinking holy Christ. I made one final push to get him away and I managed to get him away over to the other side of the bed.

"I kept saying no, no, I've got a boyfriend, stop, you're drunk and all that."

Woman H said she had felt "humiliated and embarrassed" and did not want anyone to think she had stayed over with Mr Salmond because it would have been the "ultimate humiliation".

She added: "I didn't want anyone's to know this guy had touched me in that way. He had other women and I didn't want to be considered as that. I was scared of that." 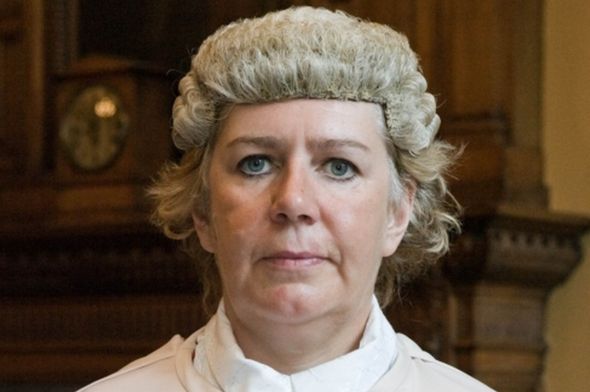 The same woman had earlier told the court about a previous alleged incident at Bute House in May 2014, when she claimed Mr Salmond had been "half cut" after a dinner. She said he asked her to stay and help him drink a bottle of "very good wine" that he had been given by the Chinese ambassador.

She added: "I remember he said it was good luck to link arms when you drink it. It was uncomfortable. I was never comfortable in his private personal space so that felt awkward."

The woman went on to say that Mr Salmond was sitting on the floor with his legs stretched out after having two or three shots of the drink, and invited her to sit next to him.

She told the court that Mr Salmond said he wanted to show her something on his phone before touching her "inappropriately".

She said: "I was sat next to him on the floor and he was putting his hand down my top and kissing my face and neck and touching my legs.

"He was just groping me, basically, there isn't another word for it. He was touching my legs and working his left hand up and touching my chest and kissing my face and my neck. He went in between my bra and touched my boobs."

Woman H was then asked if she had given consent, and she replied: "I didn't ask for any of it to happen. I wasn't asked." 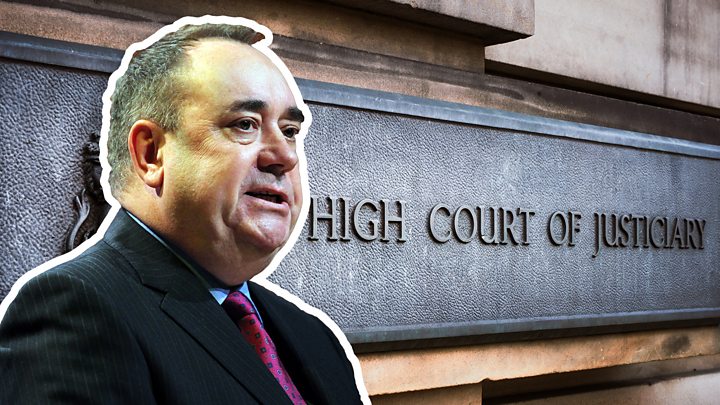 Media caption - Alex Salmond trial: What to expect during the case

The witness said she "froze inside" before telling Mr Salmond that she was not happy, adding: "I said what are you doing, you're my boss, you shouldn't be doing it, and he found it funny and thought it was a challenge."

She said she "wanted to get out of there as fast as possible", and had made her excuses and left.

She said she did not tell anyone about the incident at the time because: "I felt like I had somehow done something wrong almost, and I didn't want people to know. I didn't want to be another one of his women."

Mr Salmond, 65, was first minister of Scotland from May 2007 until November 2014, when he stood down in the wake of the country's independence referendum.

The jury was earlier told by Lady Dorrian that the accused is a "very well known public figure" but they must reach a verdict based on "the evidence and nothing else" and that politics is "irrelevant".

The trial, which is expected to last about four weeks, continues.

Mr Salmond has pled not guilty to all of the charges, and has vowed to defend himself vigorously during the trial.

What is Mr Salmond accused of?

The charges, which Mr Salmond denies, are set out in an indictment which includes the specific details of the allegations against the former SNP leader.

As with all sexual offence cases in Scotland, the media is not allowed to publish the names of the 10 alleged victims or any other information that could identify them, unless they give permission.

The 14 charges allege that Mr Salmond:
Mr Salmond says he is innocent of all the allegations against him, and has entered not guilty pleas to all 14 of the charges.
Posted by Mark Irvine at 02:55