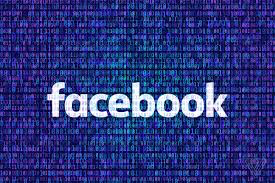 I have decided to complain about the suspension of my Facebook account to the company's main man - Mark Zuckerberg.

Interestingly, my A4ES blog site has been 'blocked' before, during the fight for equal pay with South Lanarkshire Council (SLC).

At the time, lots of SLC equal pay claimants contacted me to say that my blog was being blocked and could not be accessed from the Council's public libraries.

So I wrote to South Lanarkshire Council and complained at this unwarranted interference in freedom of speech - if I can dig find the old blog posts, I'll share them again.

In the meantime if regular readers would like help me overturn this demonstrably decision, I'll explain how to contact Facebook with a message of support.
Dear Mr Zuckerberg

My Action 4 Equality Scotland blog site (www.action4equalityscotland.blogspot.com)  is still being blocked by Facebook on the spurious grounds that my posts violate Facebook's Community Standards.

As I have explained previously, the complaints to Facebook are bogus, malicious and untrue - as a visit to my blog site and/or reading of the posts involved would quickly confirm.

I would be grateful for your help in resolving this situation which, in my view, must include taking action against the perpetrator of these groundless complaints from continuing with their spiteful campaign, as this is the third time in recent weeks that my Facebook account has been suspended.

I look forward to hearing from you or one of your staff - my email address is markirvine@compuserve.com and my contact phone number is +44 XXXX XXXXXX

My Action 4 Equality Scotland Facebook page has been suspended for two days now because of a bogus and malicious complaint from another Facebook user who is trying to prevent my posts from being share and published.

I would like to complain about this situation and the fact that Facebook is allowing completely bogus complaints to be made repeatedly, no doubt by the same cowardly person, instead of taking action to deal with the perpetrator.

Far from my A4ES account abusing Community Standards - my account is being targeted and abused by another Facebook user and I would be grateful if you can identify the person involved.

Please contact me to discuss - markirvine@compuserve.com or via my mobile on +44 XXXX XXXXXX

As I am getting no response from the Facebook 'Help Center' which is remarkably unresponsive and unhelpful - I am going to start posting this message on my blog site.