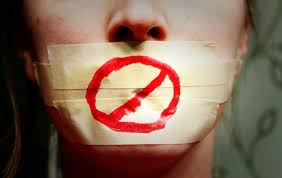 Trevor Phillips, former head of the EHRC (Equality and Human Rights Commission) reacts to his 'administrative suspension' by the Labour Party after his public criticism of Jeremy Corbyn's leadership.

"It doesn’t take much effort to accuse anyone who has tried, like me, to expose the poison in identity politics. Each year, an Iranian-backed, LGBT-hating extremist group publishes a list of alleged “Islamophobes”. It has featured Barack Obama, the journalist Yasmin Alibhai-Brown, the slain staff of Charlie Hebdo — and me. Peter Tatchell, the human rights campaigner, joked that he was offended at being left out."

Read what Trevor Phillips has to say via the link below to The Times.

Trevor Phillips: How I fell victim to Labour’s inquisition 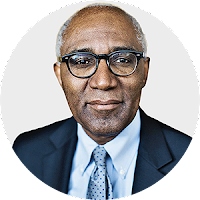 By Trevor Phillips - The Times

Tyranny is often represented as the pounding of a fist on the door in the middle of the night. In fact, in my short time as chairman of the free speech charity Index on Censorship, I have learnt that many people living under authoritarian regimes first encounter it in the dry language of a bureaucrat’s warning: recant, repent, denounce your fellow deviants and you may save your livelihood. Your soul may, just, escape damnation.

When I glanced at the 11-page letter sent to me recently by the Labour Party, the phrase “administrative suspension” grabbed my attention. These words signal banishment from a community that I have inhabited for decades: friends, colleagues, even family may be compelled to shun me. Significantly, my indictment concerns matters of faith, doctrine and dissent. It is written, not in the language of a democratic, open political movement but in the cold-eyed, accusatory prose of the zealot. In essence, after more than 30 years of promoting the Labour cause, I am accused of heresy, and threatened with excommunication.

Last year a cross-party parliamentary group proposed that “Islamophobia” should be defined in broad terms as a “kind of racism” hostile to “Muslimness”. In a pamphlet for the Policy Exchange think tank, I responded that Islam is not owned by any ethnic group and that Muslims are not a race. Worse, the undefined concept “Muslimness” implies that all adherents agree on doctrine, dress and behaviours: it’s the far-left equivalent of the racist cliché “they all look the same to me”. It was therefore only a matter of time before this “definition” would lead to the persecution of dissidents. But I never imagined that I would be one of its first victims.

Labour’s threat to expel me has been drawn up in secret and my fate will be decided in absentia. I am forbidden from repeating the charges but I can reflect on what is not alleged. There is no suggestion I have done anything unlawful or offended any individual. All my “sins” can be seen by anyone who can use Google.

It doesn’t take much effort to accuse anyone who has tried, like me, to expose the poison in identity politics. Each year, an Iranian-backed, LGBT-hating extremist group publishes a list of alleged “Islamophobes”. It has featured Barack Obama, the journalist Yasmin Alibhai-Brown, the slain staff of Charlie Hebdo — and me. Peter Tatchell, the human rights campaigner, joked that he was offended at being left out.

My 2016 essay “Race and Faith: The Deafening Silence” observed that many men involved in the grooming and sexual abuse of children in towns such as Rotherham, as exposed by The Times, came from Pakistani-Muslim backgrounds. This was branded prejudice by some — but surely honest journalism, unburdened by fear of causing offence, should be beyond contention? And even though I described Enoch Powell’s “Rivers of Blood” speech in the same essay as “a ghastly testament to the power of unbridled free speech”, I was accused of racism by some for merely mentioning his name.

Readers will appreciate my perplexity. I am a person of colour, with a family heritage of Fulani and Mandinka Muslims going back 1,000 years until ripped apart by transatlantic slavery. Some of my relatives have made the return journey to embrace Islam. It also seems peculiar to make an example of someone who introduced the term “Islamophobia” to British politics by commissioning the Runnymede Trust’s 1997 report on the issue; and who then, as head of the Commission for Racial Equality, worked closely with Labour on the Racial and Religious Hatred Act 2006 that protects Muslims from incitement.

No one inside or outside the Labour Party has ever suggested that I have broken any rules. I have never been “no-platformed”. In the final week of the 2019 election campaign, I even celebrated the 40th anniversary of the Sickle Cell Society alongside one of Jeremy Corbyn’s closest allies, Dawn Butler. She has known me for decades — would she really have agreed to appear on stage with a bigot?

So what accounts for this extraordinary turn of events? Some will see it as payback by Corbynistas for public criticisms I made of the leadership’s failure to tackle antisemitism in the party. Another possibility is that it’s an attempt to scare the Equality and Human Rights Commission, which I used to lead and which is investigating Labour’s handling of antisemitism. Weaponising Islamophobia to attack political opponents may seem like clever tactics but trying to intimidate a legally independent organisation is pure political gangsterism. Perhaps someone in Labour HQ has been reading up on the Inquisition’s methods; in 1578, one official defined its purpose thus: “That others may become terrified and weaned away from the evils they would commit.”

I accept that I may not share all the views of Labour’s current leader or even of the majority of members. But I have never belonged to any other party and I have stuck by it through thick and thin. If this is how Labour treats its own family, how might it treat its real opponents if it ever gains power again? It would be a tragedy if, at the very moment we most need a robust and effective opposition, our nation had to endure the spectacle of a great party collapsing into a brutish, authoritarian cult.

The Labour Party is the subject of an investigation into allegations of antisemitism by the Equality and Human Rights Commission (EHRC).

How embarrassing! - though officials at party HQ have come up with a novel way of diverting attention away from these claims by suspending the former head of the equalities watchdog, Trevor Phillips, over allegations of Islamophobia.

@TrevorPTweets suspended as a matter of “urgency” on laughable grounds.
@campbellclaret expelled, illegally. Both criticised @jeremycorbyn.

Faith completely gone in a disciplinary process that targets the leadership’s critics and fails to fight Antisemitism.

I agree with Charlie Falconer, I have to say, because it looks awfully like Labour HQ is taking a leaf out of the Tories political playbook by throwing a dead cat on the table at an awkward time. 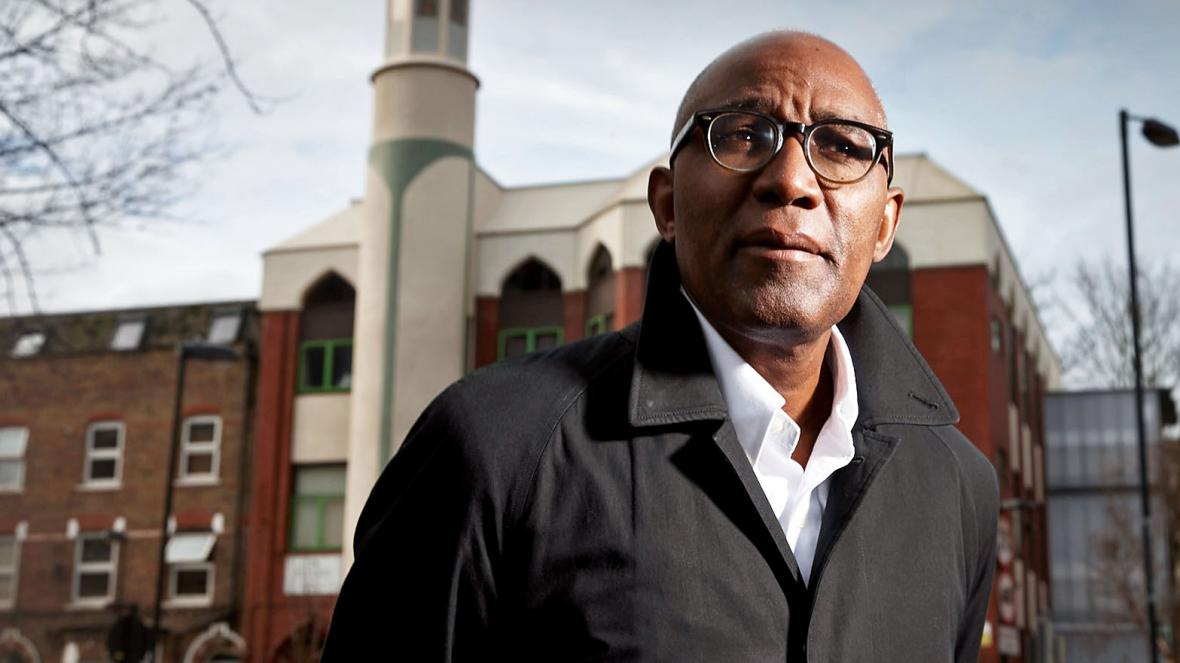 Trevor Phillips has been suspended over accusations of Islamophobia - CHANNEL 4

By Steven Swinford, Eleni Courea and Matt Chorley - The Times

Sir Keir Starmer and other Labour leadership candidates must weigh in against the “Orwellian” suspension of Trevor Phillips, Lord Mann has said amid outcry from members and campaigners.

Mr Phillips, an anti-racism campaigner and former head of Britain’s equalities watchdog (EHRC), has been suspended from the Labour Partyover allegations of Islamophobia.

Lord Mann, who is a crossbench peer and prominent former Labour MP, and has clashed with Mr Phillips in the past, said that the move was totally unfair. “There’s only one word to describe this action — it’s Orwellian.”

Mr Phillips is a member of Sir Keir’s constituency Labour party in Holborn & St Pancras. Lord Mann said: “In Starmer’s case he should either be backing the expulsion or vigorously defending him. He’s the local leader, it’s his local party.”

The party faces accusations that it has been quick to punish Mr Phillips while failing to act decisively on members accused of antisemitism.

Stephane Savary, national vice-chairman of the Jewish Labour Movement (JLM), said: “I’ll be honest, it doesn’t look good that we suspend the former chairman of the EHRC whilst we are under investigation by them for institutionalised antisemitism.

“I hope those who did this have evidence to back this up. If not, it will look like this was politically motivated.”

Mr Savary said that even if it presents evidence that Mr Phillips has made Islamophobic statements, Labour “can’t maintain this position given the refusal of our party to suspend high-profile antisemites”.

A Labour staffer said that the incident “tells you everything you need to know about the toxic and dysfunctional organisation that the Labour Party has become under Jennie Formby and Karie Murphy’s management”.

“Whilst shamefully and repeatedly failing to throw out antisemites and racists, and at the same time ensure huge numbers of people receive their ballots in a leadership election, they have instead found spurious grounds to try to stop a renowned anti-racism campaigner from voting who incidentally has also been critical of the Labour Party they run.”

Khalid Mahmood, Labour MP for Birmingham Perry Barr, said in a paper called The Trial: the strange case of Trevor Phillips, published by the Policy Exchange think tank today: “It was with no small measure of astonishment that I learnt that my own party, the Labour Party, had initiated proceedings against Trevor Phillips on grounds of ‘racism’ and ‘Islamophobia’.

“The charges are so outlandish as to bring disrepute on all involved in making them; and I fear they further add to the sense that we, as a party, have badly lost our way.”

Mr Phillips has been suspended over public statements he made that include expressing concerns about Pakistani Muslim men sexually abusing children in northern towns such as Rotherham.

Comments by Mr Phillips about the failure by some Muslims to wear poppies for Remembrance Sunday and the sympathy shown by a substantial proportion in an opinion poll towards the “motives” of the Charlie Hebdo killers also form part of the complaint.

Mr Phillips told Today on BBC Radio 4 this morning: “I’m surprised about what is and always has been an open and democratic party deciding that its members cannot have healthy debate about how we address differences of values and outlooks.

“Let us be clear about this. They say I’m accusing Muslims of being different. Well, actually, that’s true. Muslims are different and, in many ways, I think that’s admirable.”

A Labour Party spokeswoman said: “The Labour Party takes all complaints about Islamophobia extremely seriously and they are fully investigated in line with our rules and procedures, and any appropriate disciplinary action is taken.”
Posted by Mark Irvine at 04:55