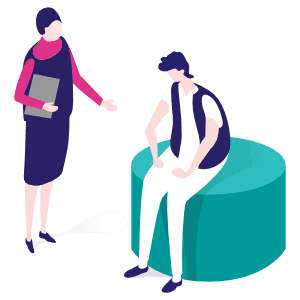 The curious thing about Gordon Jackson QC referring himself to the Scottish Legal Complaints Commission (SLCC) is that, for the moment at least, he is acting as both 'Complainee' and 'Complainer'.


So the obvious question is who is setting out the basis of the complaint? - because the SLCC has a process to follow which normally requires the complainer to:

Now in the case of a serious conduct allegation, the SLCC web site states that these normal procedures can be set aside.

So how will the nature and scope of the complaint against Mr Jackson now be decided since this important first step in the process clearly cannot be left to the person whose professional conduct is under investigation.

Alex Salmond's lawyer accused of calling him a sex pest 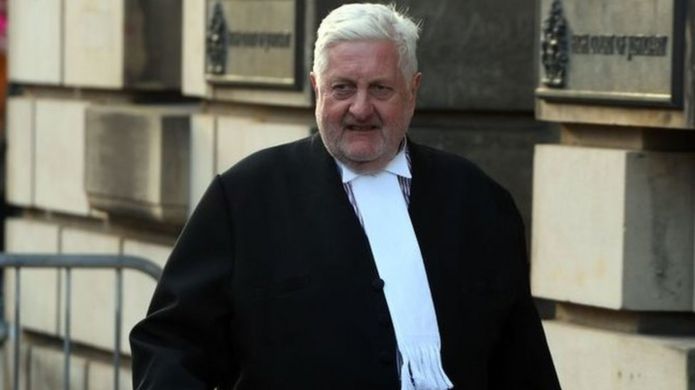 The lawyer who acted for Alex Salmond during his sex assault trial is to be investigated after claims he described him as a "sex pest" and a bully.

Gordon Jackson QC was caught on video making comments about the former first minister and two of his accusers.

The Sunday Times said the incident happened on a busy train before the ex-SNP leader's trial concluded.

Mr Jackson said he "deeply regrets the distress and difficulties which have been caused" by the footage.

But he added that he did not regard Mr Salmond as a sex pest.

The QC has now self-referred the matter to the Scottish Legal Complaints Commission for investigation.

A jury found Mr Salmond not guilty on 12 sexual assault charges facing him, while another was found not proven.

A further charge of sexually assaulting a 10th woman had previously been dropped by prosecutors.

Mr Salmond maintained he was innocent throughout the two-week trial. 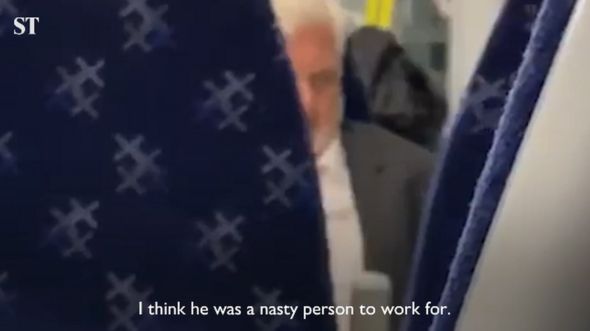 The footage of Mr Jackson emerged as the nine women who made sexual assault allegations against Mr Salmond said they had been left "devastated" after he was cleared in court.

The video shows the QC - who is a former Labour MSP - naming two of the women, despite strict rules that protect their anonymity.

The conversation was filmed by a fellow passenger on the Edinburgh-Glasgow train a week into the trial.
Alex Salmond's accusers 'devastated' by court verdict
Alex Salmond cleared of all sexual assault charges
Behind the scenes of the Alex Salmond trial

Mr Jackson says: "I don't know much about senior politicians but he was quite an objectionable bully to work with, in a way that I don't think Nicola [current first minister Nicola Sturgeon] is. 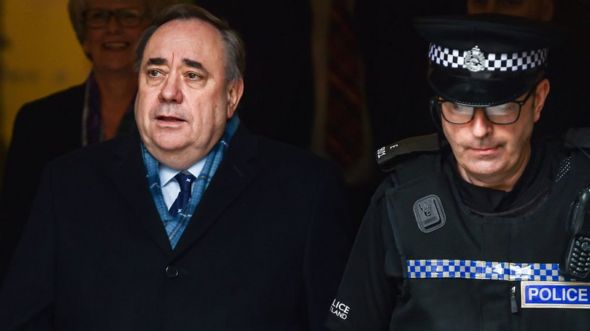 He can then be heard using the words "sex pest" but that "he's not charged with that".

Mr Jackson adds: "OK, it's not right but it's not war crimes....this is hardly sexual. Sex offenders register? Not for you.

"Inappropriate, stupid...but sexual? Unfortunately [he then names two of the women accusers} say it's sexual."

After the video footage was released, Mr Jackson said: "To be clear...I do not regard Alex Salmond as a 'sex pest', and any contrary impression is wrong."

He added that the proper course of action was to "self-refer this matter to the Scottish Legal Complaints Commission, and that has been done. It will be for the commission to consider this matter."

Mr Salmond's female accusers had earlier released a statement through Rape Crisis Scotland in which they said they would not let the former SNP leader being acquitted define them.

They added that while the experience of taking the case to court had been "traumatic", it had been the "right thing to do".

Rape Crisis Scotland has now called for the Faculty of Advocates, of which Mr Jackson is the dean, to start an investigation.

The charity's Sandy Brindley said she was "extremely shocked" by the video.

She added: "It is hard to see how he can continue in his role as a dean.

"Anonymity of complainers in cases of this nature must be taken very seriously, otherwise women will not report."

Roddy Dunlop QC, who is vice-dean of the Faculty of Advocates, said: "The faculty takes this matter extremely seriously.

"It plainly warrants investigation, but as the dean has self-referred to the Scottish Legal Complaints Commission, it would not be appropriate for the faculty to comment further."
Posted by Mark Irvine at 10:59