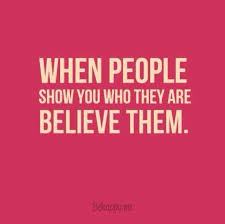 I'm pleased that Nigel Farage and his Brexit Party lost the Peterborough by-election the other day because it gave a bloody nose to political extremists who support the UK crashing out of Europe on the basis of No Deal.

But I can't work up any enthusiasm for the Labour candidate Lisa Forbes selected to fight the seat because during the campaign she was outed as yet another every day, anti-Semite in the same mould as Jeremy Corbyn and so many of his supporters.

Lisa Forbes liked a social media post claiming Theresa May had a “Zionist Slave Masters agenda” and also commented under another separate thread which argued that ISIS was created and funded by the CIA and Mossad.

Forbes responded by saying, “I have enjoyed reading this thread so much.”

Now Corbyn and his most devoted supporters are not novices at this stuff - Jeremy has been a full-time MP and steeped in the business of politics for most of his adult life since 1983.

Like Jeremy before her Lisa Forbes quickly apologised for her behaviour and and vowed to deepen her understanding of anti-Semitism.

But I'm afraid this is who these people are - and they are not going to change their spots. 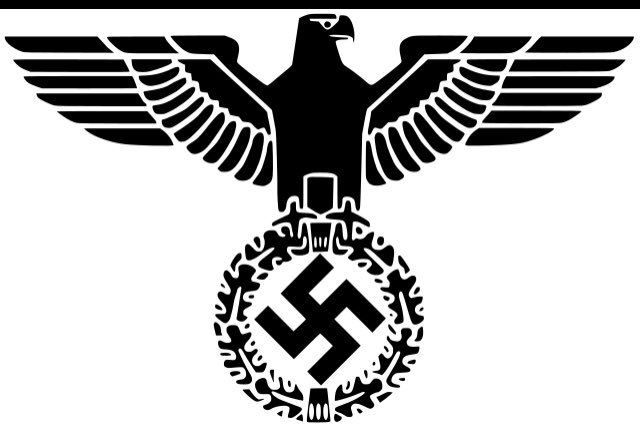 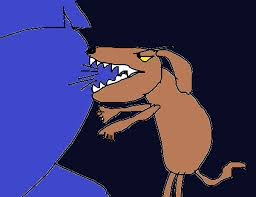 Hugo Rifkind writing in The Times takes head on the notion that anti-Semitism in and around the Labour Party has suddenly jumped up and bit Jeremy Corbyn on the arse.
"When Corbyn speaks of the “pockets within the Labour Party” in which antisemitism has occurred, what he leaves out is that, for the first 30 years of his career, these were the pockets he was in."

Read the full piece via the link below to The Times although it is behind the paper's 'paywall'.

Jeremy Corbyn can’t pretend he has only just noticed

By hugo rifkind - The Times 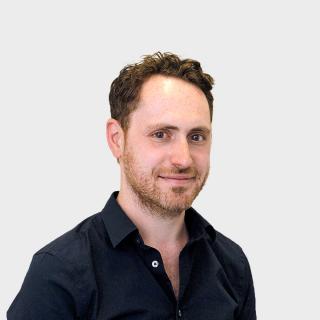 Did you know that Jeremy Corbyn’s mother fought at the Battle of Cable Street? I know it’s a well-kept political secret, a bit like that one about Sadiq Khan’s dad being a bus driver, or that other one about Theresa May thinking Brexit means Brexit and wanting to make a success of it, but apparently it is true.

Speaking two years ago at the 80th anniversary of that street fight (one of not more than a mere 300 or so times he has mentioned it in public), the Labour leader said that the fight, for him, had “a deep personal significance”. I wonder how it feels for him, then, watching the children of his mother’s brothers and sisters in arms heading to Westminster. To protest, this time, not against fascists but against him.

Since he became leader two and a half years ago, Corbyn has wrestled with a problem in his ranks without ever quite admitting it was really there. Antisemitism, when mentioned, was appended with “and other forms of racism” until the phrase became a joke. Shami Chakrabarti’s report into Labour’s antisemitism problem concluded that it didn’t really have one, before at the event literally launching the thing a Jewish Labour MP was harangued from the room.

Numerous party members have been suspended but the line has always been that they were cranks, representative of nobody but themselves.

This denialism has come from the top. When the (Jewish) Guardian journalist Jonathan Freedland wrote an article in 2016 headlined “Labour and the left have an antisemitism problem”, Corbyn was filmed calling it “utterly disgusting subliminal nastiness”. For him and his, they were the good guys. Thus the people criticising them were the bad guys. Never mind what so many of them seemed to have in common.

Something has shifted. Corbyn’s current antisemitism woes, based around a supportive 2012 Facebook comment about an antisemitic mural, are quantitatively different from those that have gone before. Partly, this is simply because it is him; not an ally or a person with whom he once stood on a platform, but Jeremy Corbyn himself. More than that, though, the focus is very narrow. The usual defence, that it is all secretly about Israel, cannot apply. 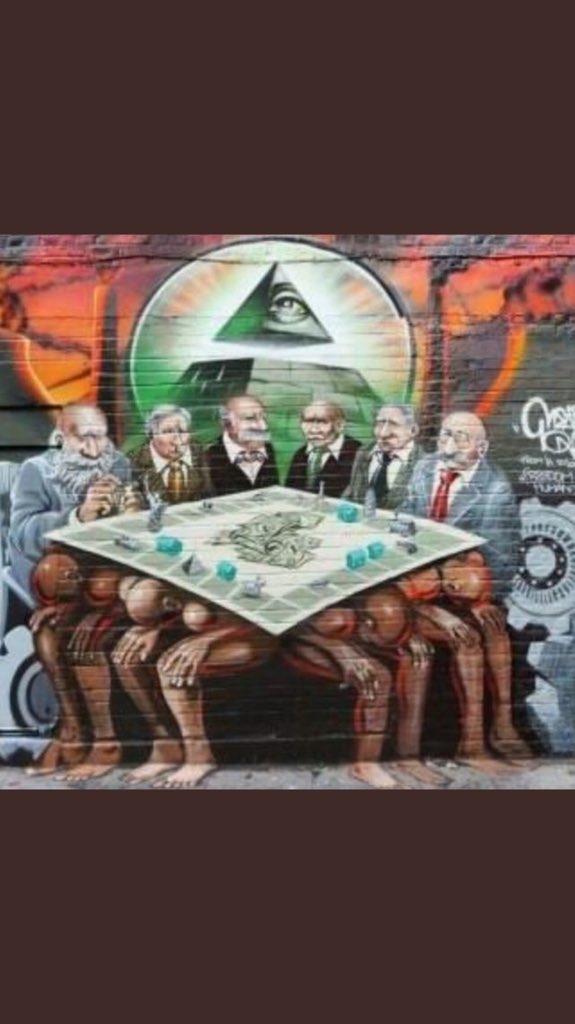 The BBC reports that Jeremy Cornbyn is getting 'pelters' from the UK's Jewish community over his laid back approach to tackling anti-Semitism in the Labour Party, and rightly so.

Because the Labour leader only now seems to accept there is a problem, yet still denies he has anything to apologise for over his own behaviour and support for an obviously anti-Semitic mural.

If you ask me, Jeremy Corbyn's attempt to apologise over his support for the mural have been completely pathetic because in his original Facebook comments Corbyn was very pointed and, predictably, very political - with his deliberate references to Rockerfeller, Diego Rivera and Lenin. 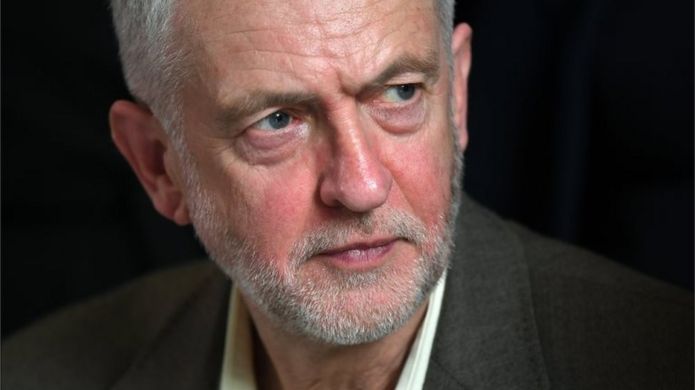 "Enough is enough," Jewish groups have said in a letter accusing Jeremy Corbyn of failing to tackle anti-Semitism.

The Labour leader has said he is "sincerely sorry" for the pain caused by "pockets of anti-Semitism" in the Labour Party.

Mr Corbyn said he would be meeting representatives of the Jewish community to "rebuild" confidence in his party.

However, the organisations behind the open letter are planning a protest outside Parliament later.

The letter - drawn up by the Board of Deputies of British Jews and the Jewish Leadership Council - said there has been a "repeated institutional failure" to properly address anti-Semitism.

It accuses Mr Corbyn of being unable to "seriously contemplate anti-Semitism, because he is so ideologically fixed within a far left worldview that is instinctively hostile to mainstream Jewish communities".

The organisations refer to Mr Corbyn's apparently supportive message to the creator of an allegedly anti-Semitic mural in 2012and his attendance at "pro-Hezbollah rallies".

They say the Labour leader has "sided with anti-Semites" either because of "the far left's obsessive hatred of Zionism" or "a conspiratorial worldview in which mainstream Jewish communities are believed to be a hostile entity, a class enemy".

The letter says those who push anti-Semitic material view Mr Corbyn as "their figurehead" and that he is "the only person with the standing to demand that all of this stops."

The letter will be delivered to a meeting of Labour MPs and peers, although the Labour leader is not expected to attend.

A protest will then be held outside the Houses of Parliament, which will see a number of Labour MPs - including Liz Kendall, John Woodcock and Ian Austin - join members of the Jewish community.

The Campaign Against Anti-Semitism group has also called for a national protest against anti-Semitism in Labour.

Labour MP Louise Ellman, former chairwoman of the Labour Jewish movement, said: "It's taken Jeremy far too long to admit how wrong he has been in failing to deal with anti-Semitism in the Labour Party."

She told BBC Breakfast the Labour leader now had "to act and he's got to root out the anti-Semitism that is within the Labour Party".

"It's just heartbreaking to see it but he has got to do something about it now. Words won't be enough," she added. 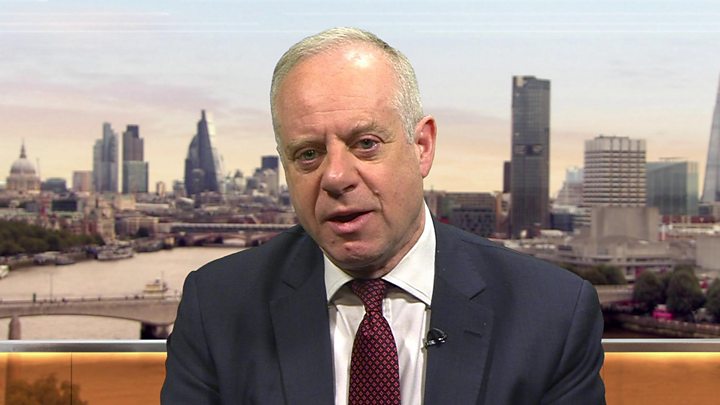 In a statement released on Sunday evening, Mr Corbyn said: "I want to be clear that I will not tolerate any form of anti-Semitism that exists in and around our movement.

"We must stamp this out from our party and movement.

"I am sincerely sorry for the pain which has been caused."

Mr Corbyn said he and the party - which has "deep roots in the Jewish community" - were now campaigning to "increase support and confidence in Labour" among Jewish people in Britain and he would meet members of the community in the coming days to "rebuild confidence".

What caused the row?

In October 2012, street artist Mear One posted a picture of his mural in east London called "Freedom of Humanity" on Facebook - which depicted businessmen, some of them the artist says are Jewish, counting money on a board game that is balanced on the backs of hunched-over men.

Mr Corbyn replied: "Why? You are in good company. Rockerfeller destroyed Diego [Rivera's] mural because it includes a picture of Lenin."

Mr Corbyn said he regretted not looking more closely at the image, which he called "deeply disturbing".

Mear One - whose real name is Kalen Ockerman - has denied being anti-Semitic, saying the mural was about "class and privilege".

Jonathan Goldstein, chairman of the Jewish Leadership Council, said the community had had enough of being ignored by Mr Corbyn.

He told BBC Radio 4's Today programme: "This is the first time in my lifetime the Jewish community has felt the need to take to the streets to campaign against the leader of a major political party.

"Rightly or wrongly, Jeremy Corbyn is now the figurehead for an anti-Semitic political culture based upon obsessive hatred of Israel, conspiracy theories and fake news, and that is doing great harm, not just to the Labour Party, but to Britain in a wider sense."

The BBC's assistant political editor Norman Smith said what was extraordinary about the letter was "not just the raw anger… but the fact that they directly blame Jeremy Corbyn and his brand of politics for allowing anti-Semitism to get a hold in the Labour Party".

"They accuse [Mr Corbyn] of a far left world view which they say is instinctively hostile to mainstream Jewish communities," he told Today.

"What they mean by that is a view of Israel as inherently a sort of neo-colonialist, imperialist power oppressing Palestinians, associated with America, and it is that sort of politics that has allowed anti-Semitic views to gain a hold."

However, he added, Mr Corbyn supporters believe that claims of anti-Semitism are "ridiculous and absurd", given the leader's anti-racism record, and that those making the accusations are using it to attack him.

In 2016 an inquiry into anti-Semitism in the Labour party, led by Shami Chakrabarti, said the party was not overrun by racism but there was "too much clear evidence... of ignorant attitudes".

It followed the suspension of MP Naz Shah and ex-London mayor Ken Livingstone amid anti-Semitism claims.
Posted by Mark Irvine at 00:17