Nigel Farage: "If they don't deliver Brexit, I will be forced to don khaki, pick up a rifle and head for the front lines." I don't in any way condone what Jo Brand said, but is this really any different! https://t.co/0mbiVAXD9M
— Derek James #ProEU #RevokeArticle50 (@derekjames150) June 13, 2019 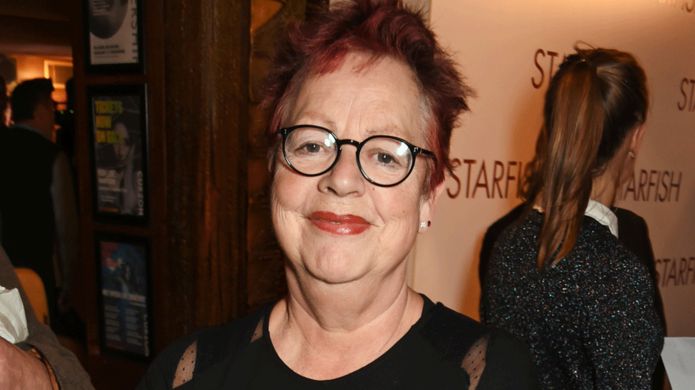 The BBC has removed a Jo Brand joke about throwing acid from its catch-up service after it was suggested that it condoned violence.

The comedian made the joke during a broadcast of Radio 4 satirical show Heresy on Tuesday night.

She was accused by Brexit Party leader Nigel Farage, who has had milkshakes thrown at him by protesters, of "inciting violence".

In a statement, the BBC said it regretted "any offence we have caused".

In the episode, Brand told presenter Victoria Coren Mitchell that people who attacked Mr Farage and far-right political figures with milkshakes were "pathetic".

She said: "Why bother with a milkshake when you could get some battery acid?," adding, "I'm not going to do it, it's purely a fantasy."

Prime Minister Theresa May's spokesman had said the BBC should explain why the joke was "appropriate content" for broadcast.

The Metropolitan Police has also confirmed it has "received an allegation of incitement to violence that was reported to the MPS on 13 June".

A BBC statement released on Wednesday said panellists on Heresy - a long-running comedy programme - often said things which were "deliberately provocative and go against societal norms but are not intended to be taken seriously."

But on Thursday, the broadcaster said: "We carefully considered the programme before broadcast. It was never intended to encourage or condone violence, and it does not do so, but we have noted the strong reaction to it. Comedy will always push boundaries and will continue to do so, but on this occasion we have decided to edit the programme. We regret any offence we have caused." 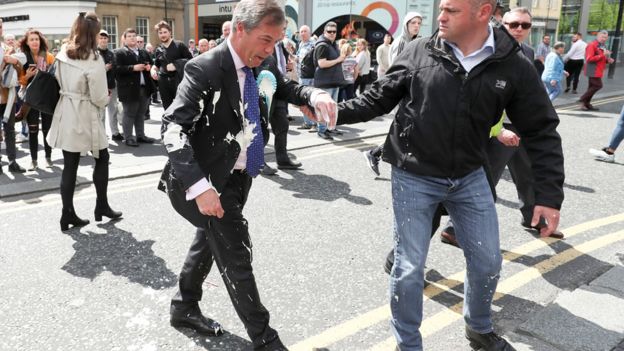 The prime minister's spokesman said Mrs May has been clear that politicians should be able to go about their work and campaign without harassment, intimidation or abuse.

Speaking about the comments on his LBC show on Thursday, Mr Farage said: "This sort of behaviour is completely and utterly disgusting.

"Could you imagine if I was to tell a story like that about somebody on the other side," he added.

"The police would be knocking on my door within 10 minutes."

The Sun newspaper said Brand had refused to apologise for the comment after confronting her at her London home earlier.

She is reported to have he added: "I think if they [critics] want an answer there have been plenty of explanations by the BBC and Victoria Coren."

When asked if she would continue working with the BBC, she is reported to have replied: "I'm not employed by the BBC, so how can they sack me?"
Posted by Mark Irvine at 00:05