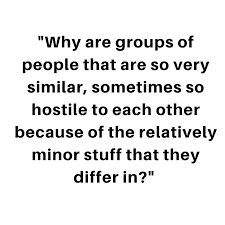 The term 'narcissism of small differences' was coined by Sigmund Freud to describe groups of people who share common aims or goals, but who also disparage and argue with each other over relatively minor differences.

Sounds an awful lot like what has been happening during the Coronavirus epidemic if you ask me, with the three devolved governments of the UK desperate to distinguish themselves from Westminster - sometimes for valid reasons, to be fair, but on other occasions it's just low politics.

The same thing happens in political parties of course - Jeremy Corbyn's Labour was anathema to many fellow party members, just as the SNP has two tribes warring with each other over how best to pursue independence and Indyref2.

The very latest Coronavirus row is about whether travellers coming into the UK or returning to the UK should be required to quarantine for 14 days.

Similar disagreements have emerged in recent weeks over when and how to open up outdoor hospitality spaces, but the general direction of travel has remained the same, unsurprisingly.

Because these problems affect countries and governments right across Europe and to a greater or lesser extent they are all watching and learning from each other, albeit sometimes as rivals and competitors - rather than good neighbours. 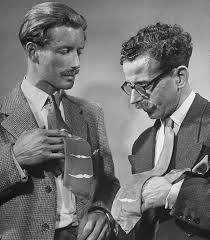 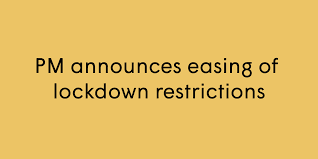 I listened to the lockdown easing measures announced by the Prime Minister, Boris Johnson yesterday - they all seemed pretty sensible to me, not least because the same thing is happening right across Europe.

No doubt some people will use this as an opportunity to wave flags or score party political points, despite the fact that our neighbours in Italy, France, Germany, Belgium, Spain and Portugal all face the same dilemma.

Labour leader Keir Starmer hit the right note for me by welcoming steps to relax the rules while emphasising that we all must remain on our guard by continuing to observe social distancing, by wearing face masks in public and by regular hand washing.

Coronavirus: Lockdown to be relaxed in England as 2m rule eased 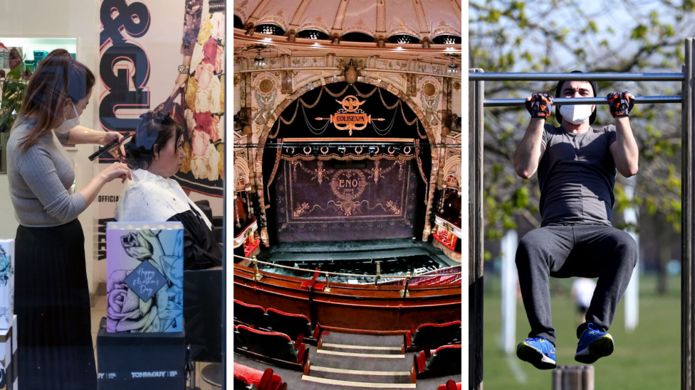 Pubs, restaurants, hotels and hairdressers can open from 4 July in England, when social distancing rules will be eased.

Prime Minister Boris Johnson said people should remain 2m apart where possible but a "one metre plus" rule will be introduced.

Two households in England will also be able to meet indoors and stay overnight - with social distancing.

The prime minister warned that all the steps were "reversible".

Scotland's First Minister Nicola Sturgeon and Wales' First Minister Mark Drakeford have both said the 2m rule will remain in place in their nations for the moment.

Indoor gyms, swimming pools, nail bars and indoor play areas are among the list of businesses that will remain closed, as they have been since lockdown started on 23 March.

The meeting of households will not be exclusive but, unlike the bubble system, people will have to maintain social distance - so family members who live apart will not be able to hug.

Mr Johnson said people would be encouraged to use "mitigation" - such as face coverings and not sitting face-to-face - when within 2m of each other and "where it is possible to keep 2m apart, people should". 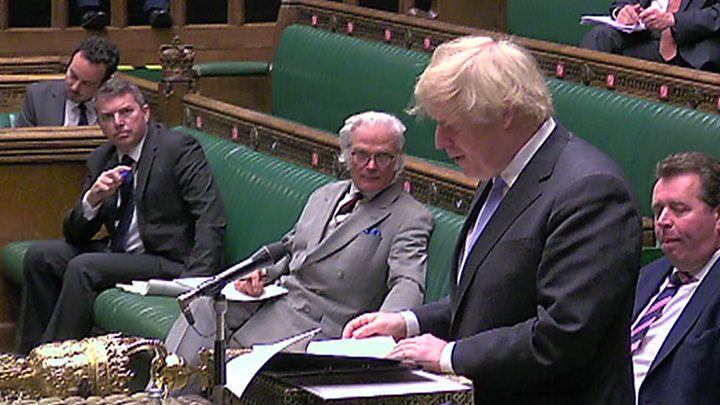 The prime minister said: "Our principle is to trust the British public to use their common sense in the full knowledge of the risks, remembering the more we open up, the more vigilant we need to be."

The venues listed as being able to reopen include:

Mr Johnson said the government could not open everything at the same time and said "difficult judgements" had to be made.

What cannot open from 4 July?

The following places will remain closed by law:

Read more detail on how lockdown measures are easing in England here.

Mr Johnson said that the announcement meant "our long national hibernation is beginning to come to an end".

Labour leader Sir Keir Starmer said he welcomed the statement overall, adding " I believe the government is trying to do the right thing and in that I support them".

He added he thought it was "safe for some children to return to school" and he urged clarity over getting all children back to school safely.

Restrictions have to lift at some point. The big question is whether the UK is moving too soon.

The number of infections has fallen dramatically.

There are now just over 1,000 new cases a day on average.

That compares with an estimated 100,000 at the peak at the end of March - we don't know the exact figure because there was limited testing in place.

Huge progress has, therefore, been made.

But the number of infections is still significantly higher than other countries.

France and Germany are seeing fewer than half the number of infections that the UK is (and Germany has a larger population), while Italy has fewer than a quarter.

It is why there are plenty of experts, including former government chief scientific adviser Sir David King, voicing concern that restrictions are easing too quickly.

But, of course, not lifting them comes at a cost too - to the economy, to people's health and wellbeing and to wider society.

At the end of the day it is a finely balanced judgement call.

We will only know whether it was the right one or not in the weeks and months to come.

The changes to social-distancing guidance come after appeals from the hospitality industry and Conservative MPs.

Current evidence suggests being 1m apart carries between two and 10 times the risk of being 2m apart, scientists advising the government say.

According to UK Hospitality 2m distancing would see, on average, venues trading at 30% capacity, whereas 1m would put it up to 70%.
Posted by Mark Irvine at 07:43