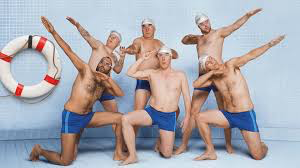 Russia's president gave a masterclass in 'synchronised Stalinism' after the country's puppet prime minister Dimitry Medvedev (54) announced his resignation, along with his entire cabinet, after Vladimir Putin called for changes to the constitution aimed at keeping him in power for life.

“These amendments, when they are adopted, will make significant changes not only to a number of articles of the constitution, but also to the balance of power.

“In this context, it is obvious that we, as the government, should provide the president of our country with the ability to make all the necessary decisions for this.”

Russian opposition leader, Alexei Navalny, countered by  saying that the president’s only goal was to:

"Remain the sole leader for life, make the entire country his personal property and appropriate wealth for himself and his friends”.

Read the full article via the link below to The Times.

President Putin opened a new chapter in his 20-year reign yesterday, outlining constitutional changes that could allow him to rule Russia for life.

His proposals, made during a televised state of the nation address, immediately triggered the resignation of the prime minister, Dmitry Medvedev, and his entire cabinet.

Mr Putin, 67, whose final presidential term is supposed to end in 2024 under present rules, called for a referendum on constitutional amendments including an increase in the powers of parliament and the State Council, an advisory body to the Kremlin. He gave no details about when the referendum would take place. Ella Pamfilova, the head of the election commission, said that officials were ready to start organising it “at any time, once the proposals are finalised”.
Few Russians expected the president to relinquish power. Among the scenarios being discussed are Mr Putin moving to the role of prime minister — which he held from 2008 to 2012 after two terms as president from 2000 — or ruling from behind the scenes as head of a beefed-up State Council.

Mr Medvedev, 54, announced that he and his cabinet were stepping down shortly after Mr Putin’s appearance.

“These amendments, when they are adopted, will make significant changes not only to a number of articles of the constitution, but also to the balance of power,” Mr Medvedev said. “In this context, it is obvious that we, as the government, should provide the president of our country with the ability to make all the necessary decisions for this.”

Shortly afterwards, Mr Putin nominated Mikhail Mishustin, the little-known head of the tax service, as prime minister. Mr Mishustin, 53, is so obscure that state media scrambled to produce a biography of him after the announcement.

There was widespread bemusement on social media. “95 per cent of the country will ask — who, who?” one Twitter user wrote.

Mr Mishustin, who has been head of the tax service since 2010, did not even have an English-language Wikipedia page until yesterday. He has, however, played ice hockey with Mr Putin and is expected to be endorsed by the Russian parliament today.

Gennadiy Gudkov, a former opposition politician, called Mr Mishustin “a new faceless functionary without ambition” who embodies a system that is “detrimental for the economy”.

Mr Putin, a former KGB officer, also proposed reforms that would limit the powers of any presidential successors. He said that he supported calls for the closure of the constitutional loophole he had used that allows presidents to serve more than two terms as long as they step down for at least a term before returning to the Kremlin.

Most analysts believe that Mr Medvedev and his government were ordered to resign by Kremlin officials. Mr Medvedev will be appointed deputy chief of the Security Council, which is led by Mr Putin. Government ministers will continue working until their replacements are in place. It was unclear when that would be.

Tatiana Stanovaya, the head of R-Politik, a political analysis project, said: “Putin looks like he is counting on becoming the head of the State Council, which will get increased powers and become a key decision-making platform.”

Mr Putin also said that Russia should remain a “strong presidential republic” and that the president should retain the right to appoint security officials, but only after consultations with the upper house of parliament. 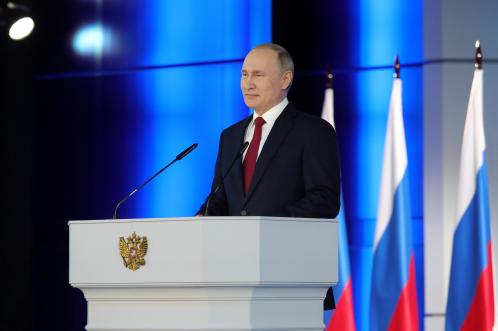 Mr Medvedev has been prime minister since 2012, having stepped aside as president to allow Mr Putin to return for a third term.

Kirill Rogov, a political analyst, said that the constitutional changes would allow Mr Putin to “stay at the helm indefinitely while encouraging rivalry between potential successors”.

Mr Medvedev’s departure from office sent shock waves through Russia amid speculation that it may have been prompted by in-fighting.

The Bell, a respected independent media outlet, cited an unnamed minister who said that the cabinet was not told in advance of its impending “resignation”. “No one knew,” the source said. “It was like a bolt from the blue.”

Abbas Gallyamov, a former Kremlin speechwriter who is now a political analyst, said that Mr Putin may have taken an impromptu decision to dismiss Mr Medvedev. “I don’t rule out that this was a spontaneous reaction to some unexpected event,” Mr Gallyamov said. “The fact that the Kremlin didn’t offer society a clear interpretation of what is happening suggests that it didn’t know in advance about the government’s dismissal.”

He added that it was also possible that Mr Medvedev had clashed with Mr Putin over his proposed changes to the constitution. 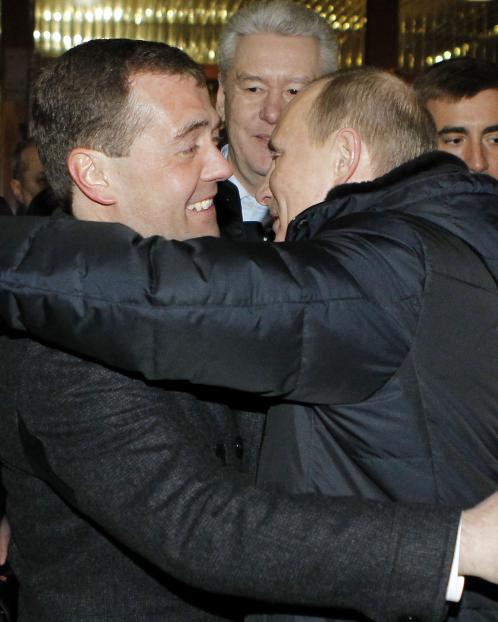 Mr Medvedev’s approval rating as prime minister was 38 per cent last month, according to the independent Levada Centre polling company. Parliamentary elections are due in September next year.

United Russia, Mr Putin’s ruling party, experienced a dramatic slump in its ratings after increasing the pension age by five years while poverty affects about 12 per cent of the population — about 17.5 million people.

Mr Putin admitted during his speech that society was hungry for change and outlined measures to help the poorest citizens, including free school meals for pupils aged seven to eleven and child benefit payments of up to about 11,000 roubles (£137). He also highlighted a slump in birth rates as a threat to Russia’s future: “We are entering a very difficult demographic period.”

Alexei Navalny, the opposition leader, dismissed Mr Putin’s plans to tackle poverty and other social woes. He said that the president’s only goal was to “remain the sole leader for life, make the entire country his personal property and appropriate wealth for himself and his friends”.
Posted by Mark Irvine at 00:59