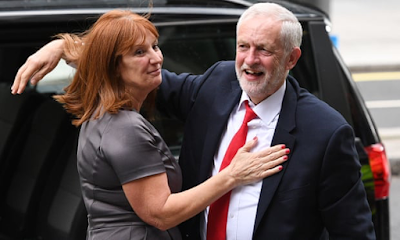 Jeremy Corbyn has nominated his chief of staff, Karie Murphy, to the House of Lords which will entitle this former nurse from Glasgow call herself Lady Murphy.

Karie is often referred to in the media as a close friend of the Unite general secretary, Len McCluskey.

But I remember the good old days when plain Ms Murphy was a local COHSE/Unison rep at the Victoria Hospital on the south side of Glasgow, during which time she was a close friend and colleague of Jim Devine, a full-time COHSE/Unison official who went on to become a Labour MP and famously ended up in the 'pokey' over his MP's expenses claims.

Joining Lady Murphy in the House of Lords will be Katy Clark, another left-wing socialist who was a Scottish MP for the seat of North Ayrshire and Arran between 2005 and 20015 - and Tony Woodley, Len McCluskey's predecessor at Unite.

Such a small world, don't you think? 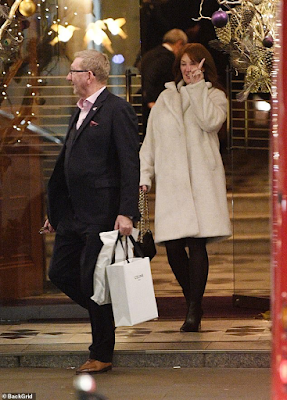 Read the full story in the link below to the Politics Home web site.

The Jewish Labour Movement (JLM) said the leader's decision to send Ms Murphy to the House of Lords was “deeply inappropriate and must be rescinded immediately” amid a probe into how the party handled complaints of anti-semitism against members.

According to The Sunday Times, Ms Murphy is among eight names put forward by Mr Corbyn for the upcoming dissolution honours list.

Mr Corbyn's decision to ennoble Ms Murphy - the architect of Labour's disastrous general election campaign - is particularly controversial given the ongoing inquiry being carried out into anti-Jewish racism in the party by the Equality and Human Rights Commission.

In a statement the JLM said: “Given both the specific allegations in our submission relating to the corrupt disciplinary processes and botched handling of anti-semitism within the Labour Party, and the fact the EHRC have yet to conclude its investigation, Ms Murphy’s nomination is deeply inappropriate and must be rescinded immediately.

“Jeremy Corbyn is using his final weeks in office to reward failure.”

Meanwhile, the anti-racism group Hope Not Hate tweeted: “No one who is a subject in the EHRC investigation should be ennobled before the full EHRC report is released.”

All nominations for peerages must be approved by the House of Lords Appointments Commission before becoming official.

But Ms Murphy was defended by Amy Jackson, Mr Corbyn’s former political secretary, who tweeted: “I don’t recognise the monster that Karie Murphy is repeatedly portrayed as.”

She added: “She is an absolute hero of the movement, and for once she deserves some recognition.”

Other names put forward for peerages by Labour include Sue Hayman, the former MP for Workington who lost her seat at the election, also appears, along with Tony Woodley, 72, the former joint general secretary of the union Unite, Prem Sikka, a professor of accounting at Sheffield University, Bryn Davies, a pensions expert, and Katy Clark, a former aide to Mr Corbyn.
Posted by Mark Irvine at 00:28