No Way To Treat People! 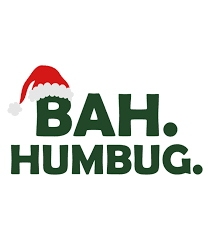 Here's an interesting article from the Politics Home web site which reports on the GMB union giving the Labour Party a well deserved kicking for making staff redundant in the run-up to Christmas 2019.

Labour bosses have come under fire from one of country's biggest trade unions over their treatment of staff who were told they were being made redundant less than a month before Christmas.
The party has come under fire for their handling of the sackings - Credit: PA

The GMB also condemned the party's decision to then advertise for nearly "identical" roles at its National Communication Centre in Newcastle.

Workers there were left in tears after being told at the end of November that their contracts would not be renewed when they ran out on 31 December.

In a letter to staff explaining the move, a senior party official said the NCC would no longer need as many people working there once the general election was over.

But the GMB branch representing Labour staff in Newcastle has now written to party bosses saying it "condemned" the timing of sackings given the "extraordinary hard work of NCC colleagues during the 2019 General Election, and the proximity to Christmas - a known period of the year when workers are already under financial pressure, especially young people".

It also said the redundancies should be reversed given the crucial role the NCC will play in the organisation of the leader and deputy leader election contests currently underway.

The branch also said it "notes and condemns the decision to recruit full-time assistant-level roles with responsibilities similar, if not identical, to the responsibilities and functions of the NCC and NCC colleagues".

The GMB said it would "strongly urge" the party to offer the new roles to staff laid off before Christmas.

One former NCC employee told PoliticsHome: "The new job advert is just the job we were already doing. People are thinking about bringing an unfair dismissal grievance."

'No way to treat people'

The row comes after Jeremy Corbyn launched a scathing attack on bad bosses during the general election, naming companies like Amazon and Asda as particular examples of poor employment practice.

Responding to the news, Labour leadership contender Jess Phillips, tweeted: "Standing up for workers' rights starts with our own staff in the Labour Party. This is no way to treat people."

Emily Thornberry, who is also vying to succeed Jeremy Corbyn, said: "On any issue to do with workers' rights, the Labour Party has a duty to hold itself to the highest of standards.

"And based on these reports, it seems we have a clear duty to sit down with the unions representing our Newcastle centre workers, resolve their grievances, and ensure that as many as possible of the staff who have been made redundant are re-employed in the roles for which they are qualified, and where they did a great job under tough circumstances during the election."

Meanwhile, one former staff member told Buzzfeed news: "We are all Labour Party activists, long-standing members, who've put our all into this party for the last however long."

They added: "We've worked two, three, four years and to be dismissed in such an unkind and cold way by an organisation that should be holding workers' rights dear is really dispiriting. I rely on that income to pay my rent and bills."

The Labour Party has been approached for comment.
Posted by Mark Irvine at 04:02