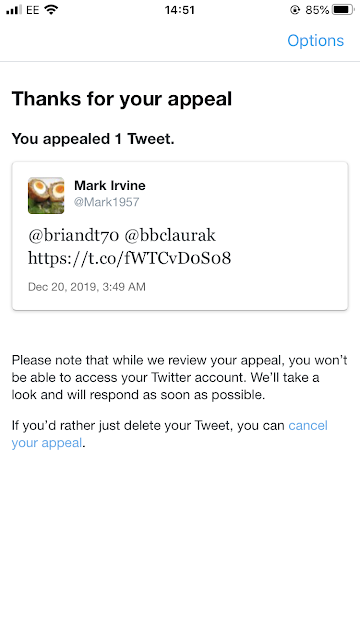 My Twitter account has been suspended for over three months following a bogus complaint alleging, without any explanation or justification, that I had violated Twitter Rules. 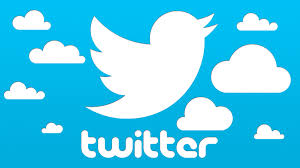 I appealed this ludicrous decision straight away, but heard nothing further from Twitter despite re-submitting my appeal on a regular basis - and writing directly (by email) to Jack Dorsey, Twitter's founder and chief executive. 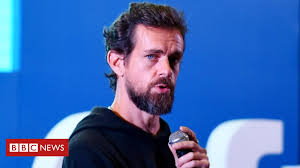 I refer to my letter dated 29 March 2020.
My Twitter account remains suspended and even though I appealed this decision more than three months ago this is the only answer I ever receive from Twitter: 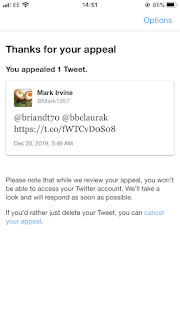 I'm afraid that Twitter is self-evidently not responding "as soon as possible" and as a matter of fact Twitter is not responding at all.
In my view there is no point in having procedures and policies if they do not operate with some kind of due process which, in this case, is sadly lacking.
Kind regards

My Twitter account (Mark1957) remains suspended despite my mail letter to you dated 25 March 2020 and the fact that I have submitted several appeals, none of which have been answered by Twitter.
I do appreciate that we are living through unprecedented times, but this has been going on since before Christmas and as I have explained numerous times the allegation that I have violated Twitter rules is completely bogus.
I experienced similar problems recently with my Facebook account although these  was sorted out soon after I contacted Mark Zuckerberg, the company's founder, chairman and chief executive - see emails below for your information.
I would be grateful if you could take some time during your no doubt busy schedule to consider what I have to say and ask one of your staff to resolve this matter as quickly as possible.
Kind regards

So Twitter's reassuring talk about "We will respond as soon as possible" and "You only need to appeal once" is a load of old bollix.

"If you feel that your account has been limited in error, you can appeal directly through your Twitter for iOS or Android app, or through our forms page. Please note that you only need to appeal once: either through the app or via our support form. Additionally, you have the option to cancel your appeal request."

So the question comes down to whether to Tweet or Not Tweet because while I've rather enjoyed the break there does seem to be no way of engaging with or reasoning with the organisation.

Come to think of it maybe that's why Donald Trump likes Twitter so much.