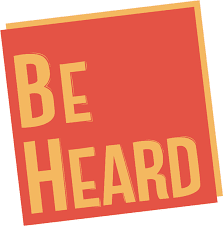 The nine women who gave evidence at Alex Salmond's trial have their say on the decision to find the former First Minister 'not guilty' or 'not proven' on 13 charges of sexual assault.

"The jury has delivered a majority verdict on the charges brought against the former first minister. We are devastated by the verdict. However, it is our fervent hope that as a society we can move forward in our understanding of sexual harassment and sexual assault.

"In defending Alex Salmond, Gordon Jackson quoted Woman H and said his client should have been a “better man”. He said behaviour, which others described as demeaning, intimidating and humiliating, was “trivial”.

"The behaviours that Alex Salmond and his defence team admitted to in evidence were not and are not trivial. Today we want to send a strong and indisputable message that such behaviours should not be tolerated — by any person, in any position, under any circumstances.

"This has been a traumatic process. However, we thank Police Scotland and the Crown Office and Procurator Fiscal Service for taking our experiences seriously and for allowing our voices to be heard.

"Many of us did speak up at the time of our incidents but were faced with procedures that could not deal with complaints against such a powerful figure. Others were silenced by fear of repercussions.

"It was our hope, as individuals, that through coming forward at this time we could achieve justice and enact change. We remain firm in our belief that coming forward to report our experiences and concerns was the right thing to do. But it is clear we alone cannot achieve the change we seek.

"The outcome of this trial will pose many questions and be cause for much debate. But as politicians, commentators and society reflect on this case, we would ask you to consider whether behaviour, which is so often merely described as “inappropriate” or is tolerated by society, is acceptable towards your daughters, granddaughters, sisters, wives, friends and colleagues. Many of them will already have suffered such conduct. Often in silence.

"We would also request that as you debate, you conduct it respectfully and stay mindful of the many women in Scotland who may have had traumatic experiences and are considering whether or not Scotland is a country in which they can come forward to seek help and support.

"All people should feel safe, valued and equal in society and their workplace and it is imperative to ensure robust complaint structures are in place. We should all take strength in calling out bullying, sexual harassment and sexual assault wherever it takes place.

"And we should all seek to create an environment in which people can challenge and report these behaviours without hesitation or fear of retribution. Some say that women’s fight for respect has gone “too far”. We argue it has far to go. To those who have spoken out in support — thank you, we see you. While we are devastated by the verdict, we will not let it define us. We hope through shining a light on our experiences, it will serve to protect and empower women in the future. Be brave, be loud, be heard."