MPs Are Not Above The Law 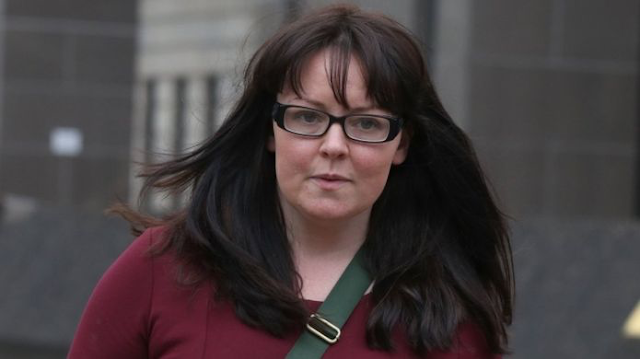 The following paragraph explains the inevitability of the judge's decision to send Natalie McGarry, the former SNP MP, to prison for 18 months following her conviction for fraud and embezzlement.

“You have shown no remorse for your conduct. You have tried to avoid responsibility for your actions throughout, as is demonstrated by your attempt to withdraw your pleas of guilty and your continued denial of guilt in the reports prepared."

I mean how ridiculous would the criminal justice system looked if Natalie McGarry avoided a custodial sentence when several other male MPs have been jailed for their role in the great MPs' expenses scandal? 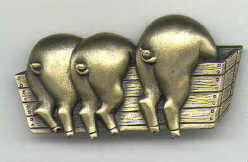 Natalie McGarry's fall from grace has been spectacular and, at a human level, sad to see as well.

But I fail too see how the former SNP MP for Glasgow East can avoid a custodial sentence after admitting the embezzlement of £25,600.

Because if I remember correctly, all of the 'honourable members' who were prosecuted as a result the great MPs' expenses scandal at Westminster were sent to prison for making fraudulent expenses claims. 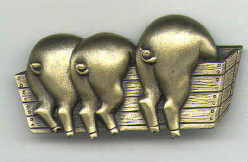 Denis McShane becomes the fifth Labour MP to be sent to prison for fiddling his expenses, along with two Conservative peers from the House of Lords - a shameful episode from which the Westminster Parliament has still to recover

A talented man laid low by his own greed and stupidity - as this report from the BBC web site demonstrates. 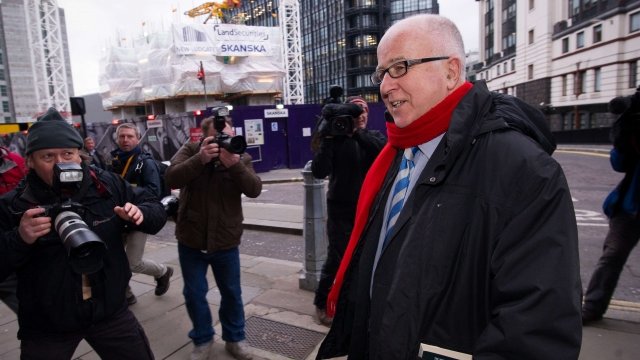 Denis MacShane posed for photographers outside the Old Bailey

Former MP Denis MacShane has been jailed for six months for expenses fraud after admitting submitting 19 fake receipts amounting to £12,900.

He is the fifth MP to get a prison sentence after 2009's expenses scandal.

Flanked by two security officers, MacShane, wearing a dark suit with a blue striped tie and glasses, said "cheers" as the sentence was delivered, before adding, "quelle surprise" as he was led from the dock.

The judge told the former Rotherham MP "you have no one to blame but yourself" after showing "a flagrant breach of trust" in "our priceless democratic system" with "the deception used... calculated and designed".

MacShane must serve at least half his sentence in prison. He was ordered to pay costs of £1,500 within two months. 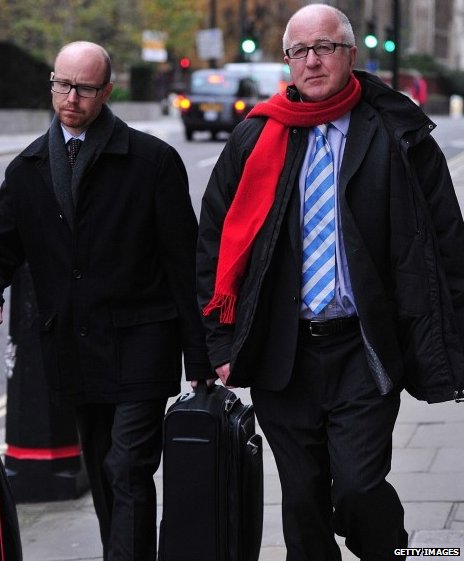 MacShane had maintained that he did not profit from the money, saying the fake claims had covered legitimate expenditure on trips to Europe and that he had repaid the money.

The judge said in his sentencing remarks he accepted MacShane's contention that there was no personal profit made and said his case was different to other parliamentarians who had been sentenced to prison in connection with "wholly false" claims.

MacShane, he said, had incurred genuine expenses which he could have legitimately claimed for "but you chose instead to recoup by dishonest false accounting".

He said that however "chaotic" MacShane's record-keeping and general paperwork, "there was deliberate, oft repeated and prolonged dishonesty over a period of years".

Parliamentary authorities referred MacShane to Scotland Yard within months of MPs' expense claims being leaked to the Daily Telegraph, but the police initially decided not to take action against him.

The principle of parliamentary privilege meant detectives were not given access to correspondence with the parliamentary standards commissioner in which MacShane detailed how signatures on receipts from the European Policy Institute had been faked.

The institute was a body controlled by MacShane, and the general manager's signature was not genuine. One message, dated October 2009, said he drew funds from the Institute so he could serve on a book-judging panel in Paris.

It was not until after police dropped the case last year that the cross-party Standards Committee published the evidence in a report that recommended an unprecedented 12-month suspension from the House of Commons.

That led to the police reopening their investigation in November 2012, as a result of the new evidence coming to light.

MacShane was born Denis Matyjaszek in Glasgow but took his mother's maiden name early in his professional life.

He went on to study at Merton College, Oxford, before later getting a PhD in economics from Birkbeck College in London.

After university MacShane joined the BBC in 1969, working as a presenter and reporter in local radio. While at the BBC he failed in an attempt to get elected to Parliament, standing in October 1974 in Solihull.

His career at the BBC ended after eight years years when he was forced to resign after making a hoax call to a programme accusing the former Conservative home secretary Reginald Maudling of being a crook.

He bounced back to become president of the National Union of Journalists and in the 1980s, he worked as policy director of the Geneva-based International Metalworkers Federation.

In that role he travelled to a variety of different countries to support pro-democracy movements, including Poland's Solidarity movement - an involvement which led to a brief spell in prison in Warsaw.

He has written a number of books, including ones about Solidarity, former French President Francois Mitterrand, Kosovo and Ted Heath.

MacShane, who founded the European Policy Institute in 1992, became an MP in 1994 when he was elected as Labour MP for Rotherham.

He was best known in government for his pro-European views during Tony Blair's second term as PM, but he was sacked after the 2005 election. 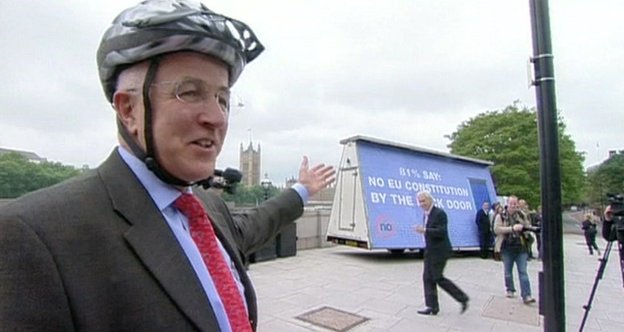 Although he said he had no idea why he lost his job, remarks in which he had described Gordon Brown's tests for joining a single currency as a "giant red herring" were thought to have played a part.

MacShane initially denied the comments, made to students in Durham, but they were recorded and played back live on TV.

Made a privy counsellor in 2005 he became a UK delegate to both the Council of Europe and the Nato Parliamentary Assembly and went on to chair the inquiry panel of the All-Party Parliamentary Group against Anti-Semitism.

MacShane, who has four children from two marriages, spoke out against phone hacking and received £32,500 in damages from News International for his privacy being breached after his daughter Clare - whose mother was the TV newsreader Carol Barnes - died in a skydiving accident in 2004.

Four other MPs and two peers have been sent to prison as a result of the expenses revelations from 2009. One further MP, Labour's Margaret Moran was given a supervision order instead after suffering mental health problems.

Seeing someone go to jail is not a great cause for celebration - expecially if their crime is not on a grand scale and does not involve violence.

But in the case of former Labour MP, David Chaytor - a jail sentence is most definitely deserved - because his theft of public money was deliberate and carefully planned.

In fact, you could argue that he got off rather lightly.

For someone who denied any wrongdoing until very late in the day - and who ultimately had no defence against the charges he faced.

MPs are not above the law - as David Chaytor now knows to his cost.
But the truth is that Chaytor would never had been caught - were it not for the Daily Telegraph newspaper - and the the Freedom of Information campaigners who helped expose the terrible scandal over MPs' expenses. 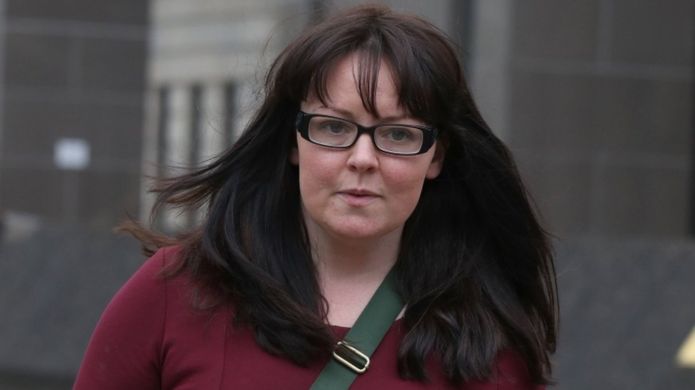 A former SNP MP has pled guilty to embezzling more than £25,600 from pro-independence organisations - including money intended for a foodbank.

She had not guilty pleas accepted to another embezzlement charge, and a charge that she refused to give police the passcode for a mobile phone.

The case has been adjourned until 1 May.

The Crown has indicated it will attempt to recover the embezzled money through the Proceeds of Crime Act.

McGarry was one of 56 SNP MPs elected to the Commons in the 2015 general election, but withdrew from the party whip when the allegations were first made against her.

She continued as an independent MP, but did not stand in the general election in 2017. 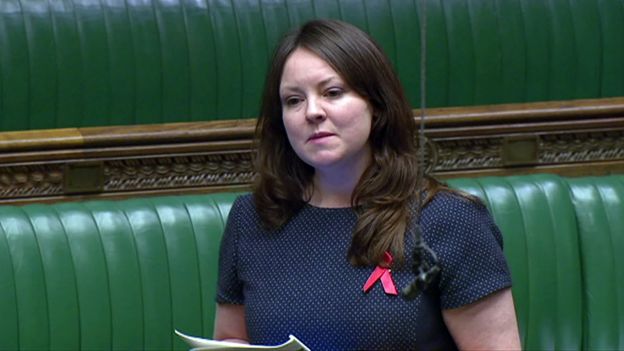 Image caption - McGarry was elected as the SNP MP for Glasgow East in 2015, but did not stand two years later

She embezzled the largest amount from the Women for Independence group in her role as treasurer of the organisation, appropriating £21,000 for her own use.

McGarry transferred money raised through fundraising events into her personal bank accounts and failed to transfer charitable donations to Perth and Kinross food bank and to Positive Prison, Positive Future between 26 April 2013 and 30 November 2015.

She also used cheques drawn on the Women for Independence bank account to deposit money into her own account.

McGarry also pled guilty to embezzling £4,661.02 in the course of her role as treasurer, secretary and convener of the Glasgow Regional Association of the SNP between 9 April 2014 and 10 August 2015.

She was charged by police in 2017 over alleged fraud relating to potential missing funds from Women for Independence, which was set up in the run-up to the 2014 Scottish referendum, and Glasgow Regional Association.

She had denied all of the charges against her until pleading guilty to two of them on Wednesday afternoon. She represented herself when she appeared in court, after previously sacking her legal team.
Posted by Mark Irvine at 00:15